Traders from all over the world have different styles, strategies, and ways to profit using trading. One of these strategies is carry trade. A carry trade is used when traders either sell or borrow assets that have low-yielding interest rates so that they can buy or have funds for high-yielding interest assets.

Let us cite examples of target and funding currencies

If we are to name some examples of target currencies, these the Brazillian real (BRL), South African rand (ZAR), and the Australian Dollar (AUD).

How about funding currencies? Some of the popular ones are namely: the US Dollar (USD), the Japanese yen (JPY), and the Swiss franc (CHF).

So, how can a person profit using a carry trade? If the target currency against the funding currency did not decline in the investment course, then the trader will profit with the difference between the two.

Is it wise to use the carry trade as a strategy?

Sometimes carry trade is not possible. One circumstance where carry is not applicable is when the UIP holds. UIP is also known as the uncovered interest parity. In UIP, the higher-yielding currency has the potential to decline against the lower-yielding currency. The rate is equivalent to the interest difference; that is why there is no profit — the returns that the trader expects equalizes in a given currency. As the currency moves, it offsets the difference of interest that the trader wishes.

The failure of UIP is also known as the forward premium puzzle. The recognition of traders with the failure of UIP contributed to the rise of carry trades. Carry trades give upward pressure on target currencies and give downward pressure to funding currencies. This can go on and amplify the underlying exchange rate moves. Also, this can cause faster exchange rates to move as traders undo their positions.

Let us cite an example!

Let us use a carry trade that has been popular to traders: selling Japanese yen and buying the Australian Dollar. Assuming that you purchased an AUD/ JPY currency pair where you sell the JPY that does not yield and buy the same amount of AUD that yields 3% annually.

Through the investment course, you are not paying any interest rate for the borrowed JPY but receive 3% in a year just because you are holding AUD.

To cap it off

Based on our previous example, a trader may see a profit, but it all depends on your forex broker’s margin interest and exchange rates volatility. Trading is fun when you know the market’s ins and outs!

How to get cheap domain registration and build an online business 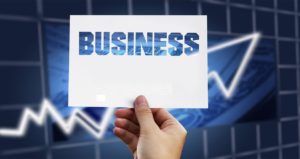